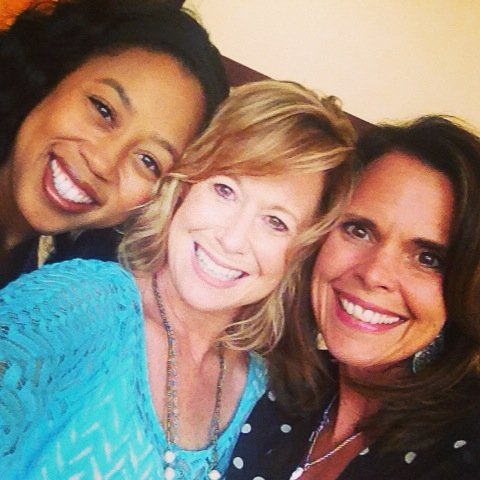 “Are you Michele Cushatt?”

I heard the words as I hustled down the conference hallway toward lunch. Food called my name. Until she did. So I stopped.

“Yes, I am.” I reached to wrap my arms around this new friend, always more a hugger than hand-shaker. “Have we met?” I analyzed her face, tried to dig into the dark recesses of my brain for any remnant of familiarity. Nope, nothing.

“No, we haven’t met in person,” she reassured. Whew. Embarrassment averted. Except for that whole hug-a-stranger thing. She continued. “But I’ve been praying for you for months.”

So many people praying, so many I’ve never seen or met. Only You could have circled up such an army.

“I read your blog,” she smiled, explaining the prayers and our connection. I smiled because, let’s be honest, someone actually reads my blog?!

She continued: “But I’ve been worried about you. You haven’t posted anything recently. Are you okay?”

Which I wrote from an Embassy Suites hotel room in Concord, NC.

Which, I hope, helps you to know that YES, in fact, I am okay.

The last couple weeks have been, well, insane. Thus the reason I’ve been negligent in posting. For that reason, today I’m being more newsy than narrative. Let’s catch up:

This Is Your Life Podcast Launch

As you know, July 9 I officially joined Michael Hyatt on his This Is Your Life podcast as co-host. Although I was a jumble of nerves before it went live, the response has been overwhelmingly positive. Daily I receive emails, tweets, Facebook messages, and blog comments from listeners who are enjoying the new format. All I can say to that is … YAY! And whew.

Friday, July 11 I left for Portland, OR and my first experience at the World Domination Summit. I know, it doesn’t really sound like the kind of conference I’d attend. But it’s far more in tune with what you and I are passionate about than you’d think. You see, it’s about using your influence for positive world change, like advocating for abused women and building schools in Africa and walking more and talking less. In short, an EXCELLENT conference. It’s one to consider for 2015.

Before my trip to Portland, I wrote a guest post for Michael Hyatt’s blog. It went live while I attended the conference. Only later did see the irony—and perfection—of the timing. Because, as we both know, the greatest temptation when surrounded by a conference filled to bursting with talented creatives and influencial leaders is to devalue your own offering.

So Here’s The Thing Podcast, with Kathi Lipp

Last Tuesday, author and speaker Kathi Lipp invited me to join her on her {AMAZING} new podcast, So Here’s The Thing. The primary subject of our conversation? How to balance both career and kids when both are part of your calling. I’m not sure we resolved all the tension, but you can bet we talked straight-up honest about it.

This past weekend, July 24-27, I joined 800 women in Concord, NC for the She Speaks Conference. Female writers and speakers representing 5 countries, 42 states and one single passion: To tell the world about Jesus.

It was my first time, and just that fast I’m hooked. Not only is the conference well-produced, filled with powerful content and encouragement, but everywhere I looked I found positive, hopeful, world-changing women. Incredible. During the course of the week, I delivered two presentations: (1) Crafting a Power Presentation in a Fraction of the Time, and (2) The Secrets of Masterful Storytelling. In addition, I led a speaker coaching group with 12 women who are now friends. I’m tired, but full.

That’s it for now, friends. There is one more not-so-little newsy update, but I’ll save that for later this week.

Now, it’s your turn. What have you been up to?