Marks of a Life Well-Lived 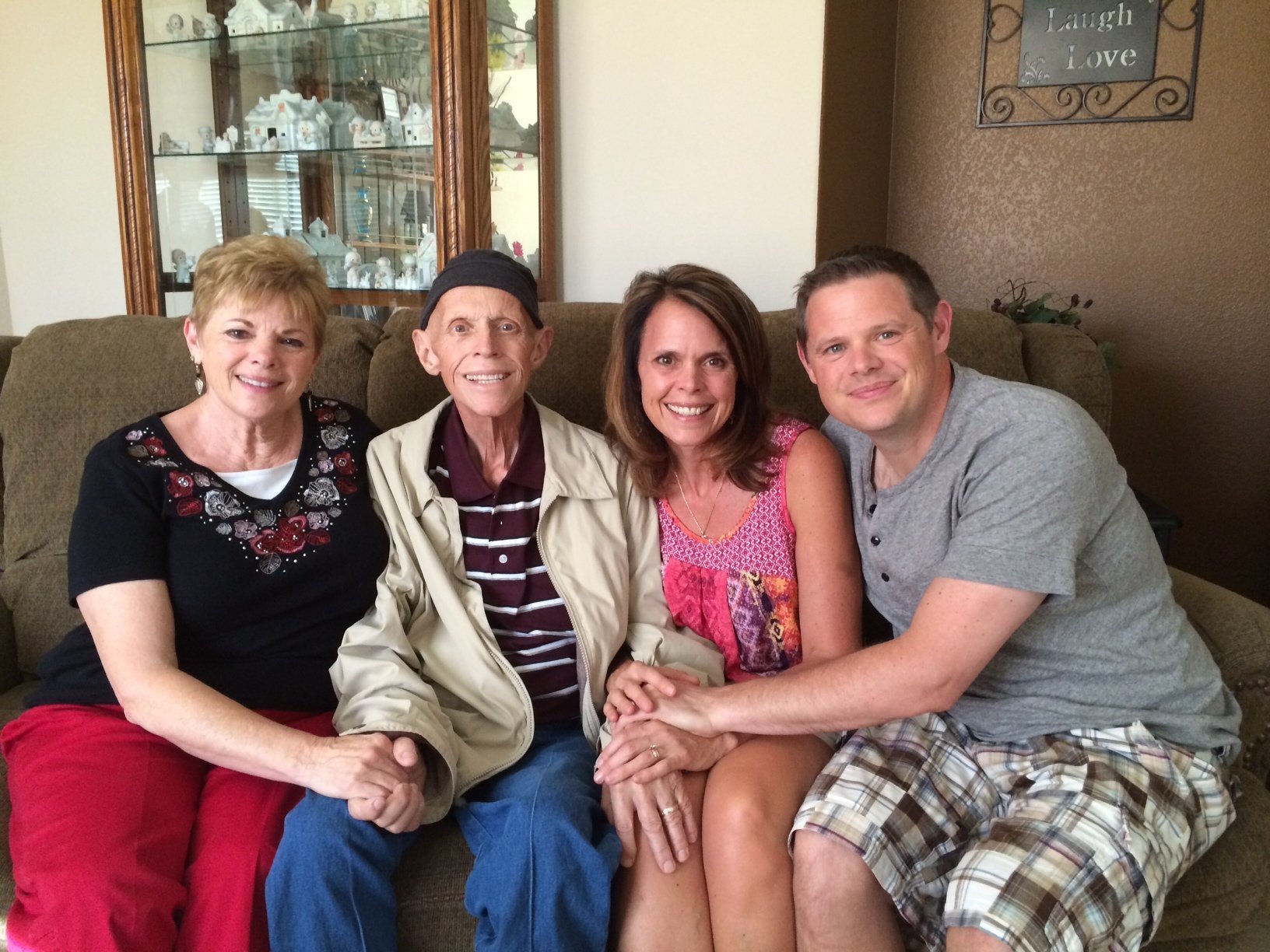 If you missed it, you’ll want to read it. It explains things, the reason for my extended online hiatus.

At the time, I thought I’d be back in a “couple weeks.” Really? Two weeks? I find it laughable now. How naive.

On August 19, 2014, my mom, brother and I said goodbye to our Papa for the last time. We’ve had a tough time of it, enduring these long, empty days without his presence. Losing him extinguished a light. We’re not—I’m not—the same. I realize death is expected, for all of us. I understand we are not alone in suffering. I’m fully aware that these things—illness, loss and grief—are a part of life. But that doesn’t make the losing and crying and aching any less significant or profound.

Nine days after our goodbye, on a sunny August Thursday, my mom, brother and I gathered in a Las Vegas church. The same church Dad attended every Sunday, sitting on the right side, fifth row, aisle seat. I can still picture him standing there, arms raised, voice loud and strong. Boy, how he loved to sing.

But on August 28, his seat remained empty. The rest of the room did not, however. Friends and family gathered from all over the country to honor this man who loved Jesus and knew how to live. My brother and I led the service, something Dad asked us to do in his final weeks. As for my part? I told stories. And through the backdrop of storytelling, I highlighted the marks of a life well-lived.

Relationships: Family comes in different forms, I’ve learned. Sometimes biological. But more often in the forging of relationships that have nothing to do with blood or biology or geneaological charts. It’s the result of doing life together, enduring the losses and savoring the successes and choosing to remain steadfast regardless of the waves of change, emotion and time. This was Dad, in every way. The evidence sat in the chairs of a Las Vegas church, men and women and children from all seventy years of his life. Only a few had biological ties. But every single one knew how deeply he’d loved them.

Faith: The first 27 years of Dad’s life were marked by trauma: divorce, abuse, alcoholism, rebellion. As for faith, it had no place. How could there be a God in the middle of all that pain? Somehow, that little boy survived. College followed, then marriage and a two-year stint in the US Army and Vietnam. After the war, Dad came back determined to build a different life, a different family. But he knew he needed help. So when a co-worker invited him to church, he said “yes.” The rest, as they say, is history. God rescued that boy’s broken life and remade him into a man of rock-solid faith. As a result, my brother and I will never know a life without the love of a real God.

Service: When a group of high school seniors needed a Sunday School teacher, dad volunteered. When a close friend died of cancer, Dad went to the widow’s house and helped her build shelves and make repairs. When Troy and I took in three extra kids, Dad promised to fly to Colorado twice a year so we could have a break. When a young leader needed advice, Dad offered to meet him weekly for mentoring. When Dad found out he had months to live, he wrote a book detailing his journey and passed it on to his pastor, just in case it might help someone else. He could’ve come up with a hundred excuses why he didn’t have the time or energy or skill to meet needs. Instead, he just stepped up and served. Again and again.

Joy: On July 30, the day before my 43rd birthday, Dad entered his oncologist’s office. The chemo didn’t appear to be working. His body showed evidences of shutting down. So he consulted his doctor. What’s next? What new plan would the doctor prescribe? Instead, this: “There’s nothing more we can do.” You’d think he would’ve demanded a different opinion. Perhaps thrown his car keys on the floor or burst into tears. Instead, he started to sing:

On that bright and cloudless morning when the dead in Christ shall rise,And the glory of His resurrection share;When His chosen ones shall gather to their home beyond the skies,And the roll is called up yonder, I’ll be there.

Want your life to count? Want it to matter beyond the next project or to-do or accomplishment? Relationships. Faith. Service. Joy. These are the marks of a life well-lived. The chairs circled in your honor will never be empty when you live thus.

To the imperfect, in-progress man who, above all others, made me the woman I am today, thank you for your well-lived life. I love you, Dad. Always.