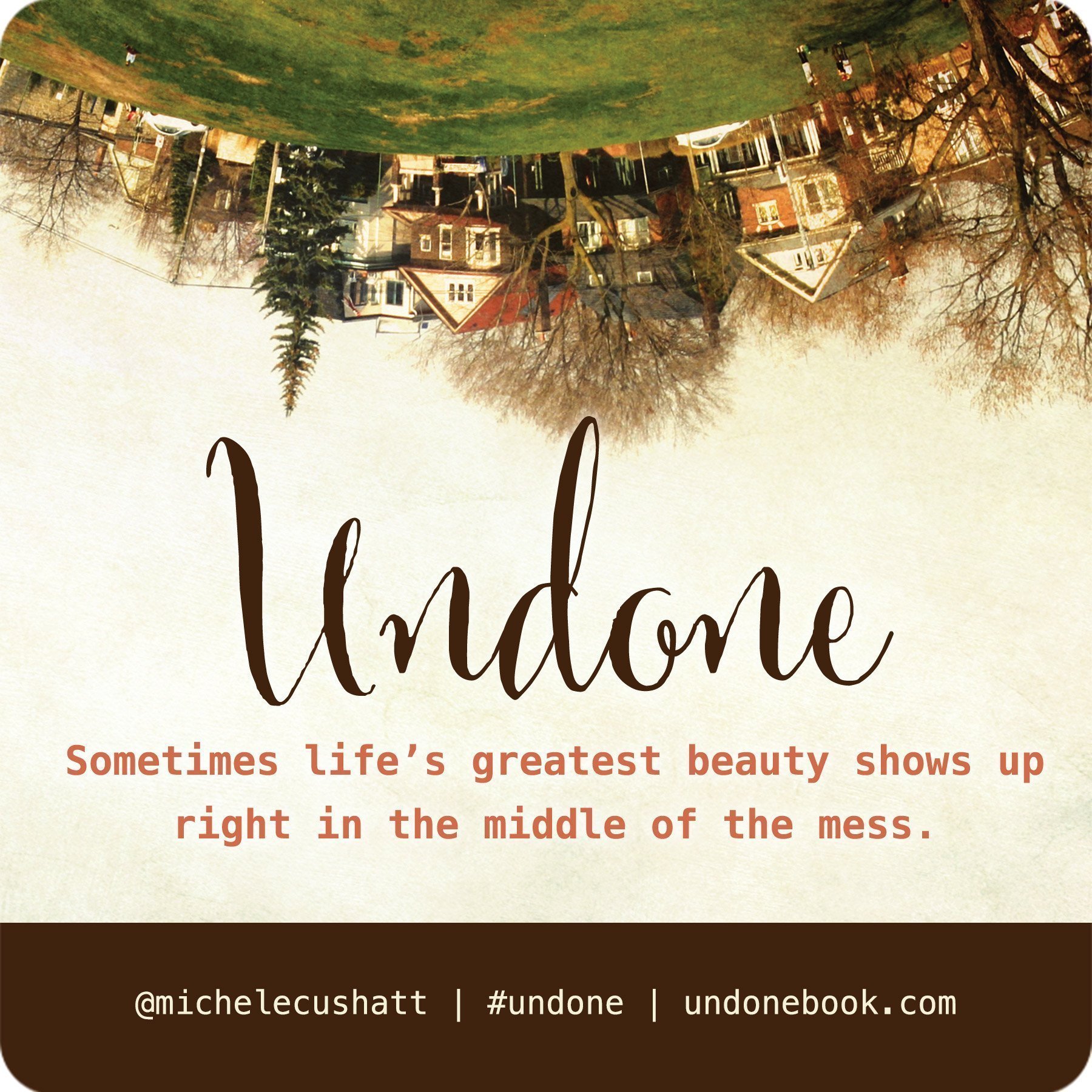 One month ago today, the dream came true.

After a decade of hoping, more than seven years of writing, two years of editing, and lifetime of living a hard-to-live story, Undone: Making Peace With An Imperfect Life came to life.

{this is me, sitting in the quiet, drenched in thankfulness, amazed}

The past month has been a whirlwind, in part because of book launch-y stuff, but mostly because the mere act of healing (it’s full-time work, baby).

That’s why today, for a minute, I simply want to stop.

A dream deserves savoring, both before and after it comes true.

Especially when so few expect it to fly.

On March 10, book release day, I was three short weeks out from surgery. Three weeks from an intensive chemo and radiation regimen medical staff called the “worst of the worst.” Three weeks from the lowest point of my entire five-month journey.

By March 10, I felt lucky to be alive. I still had a tracheostomy opening in my neck. Significant burns on my skin. I slept sitting up, when I slept at all. I’d lost a total of 35 pounds, weighing far less than a 5’7″ woman should. I couldn’t eat, had barely started drinking water again. And I was on 24-7 narcotics to make the pain I felt every second tolerable.

I was in NO position to launch a book.

For those who don’t know, a new author who is completely unable to promote her book is a sales death sentence. There was NO WAY a new book by a new author would have any kind of success.

No guest posts, personal posts, or stock posts for influencers. I couldn’t monitor social media streams or create my own content. I couldn’t develop graphics or quotes or pinterest boards. I couldn’t organize a book release party or fly off to various churches and conferences to speak to potential readers. Webinars, interviews, and book clubs? Out of the question.

Three of my dearest friends flew in from opposite ends of the United States: Kathi Lipp, Crystal Paine, and Renee Swope. They knew it wouldn’t be a typical launch, but didn’t want my day to pass in isolation. They sat on my family room couch, working on various personal projects, while I slept a few feet away. Every now and then they checked Amazon. To see if anyone was buying Undone.

And that’s when they saw the unthinkable: Undone was climbing up the list. Breaking 1,000. Then 500. Finally reaching the #150 slot. Then they saw it at #2 in Hot New Releases. And then at #1 in Christian Inspiration.

During one of my brief waking moments, they shared the news. I was sure I was hallucinating. Books that authors don’t promote don’t sell.

Why am I telling you this? It’s not because I care all that much about sales. Let me be frank: When you face death, sales numbers don’t even show up on the radar.

I tell you this because I learned several valuable lessons in the non-launching of my first book. I think these lessons might encourage you, too:

1. A dream never goes exactly as planned. So I didn’t get to launch my own book. Oh well. I’ve yet to meet anyone whose dream brags perfect execution. In addition to my “sick state,” there were other unexpecteds along the way. The ordered books that never arrived. The packages sent to wrong addresses. The bookseller who sold the book weeks before release. Mishaps are part of the deal. Breathe. Don’t panic. If you can, laugh. Sometimes Plan B is the better gift.

2. The best dreams always involve a team. Oh, this. THIS! As much the “success” of Undone thrilled me, it was all the sweeter because I had so little to do with it. My management team ROCKED the pre-launch, grabbing the steering wheel and driving the process. Not to mention what I fondly refer to as “the best book launch team to have graced the planet Earth.” No kidding. This team of 300+ not only cared for my heart for a solid month before the release, they talked about Undone as if it was their dream. I learned something from them: A dream is only as sweet as the people who help you to reach it.

3. Do your best, then let your dream fly. When it comes to the achieving of our dreams, we put an inordinate amount of pressure on ourselves. Yes, we need to take responsibility. Yes, we must be willing to own it, put our names on the line, and work hard. But once we offer up our best? We need to let go. My letting go was a little more extensive that yours, I hope. But there was a freedom in knowing I could do little to make “success” happen. Instead of stress, I enjoyed the process.

4. Real life is far bigger than one dream. I can be a driven woman (that probably bears repeating). When focused on a project, I can easily become consumed, thoroughly wrapped up in the execution and realization of the goal. But as I vacillated between sleep and wakefulness March 10 (and the many days that followed), I didn’t obsess over the book as much as you’d think. Instead, I relished the three friends sitting near enough to touch. I gave thanks for my husband and children, who courageously battled with me through these past five months. I thought of YOU, thousands of online friends who’ve weathered the unexpected life with me. And I thought of God, my One And Only, who’s carried me in such a tangible way I’m almost breathless from his nearness. Book schmook. That’s the only “success” I really need.

Friends, dreams are beautiful things. They give us stars to shoot for, evidence that we’ve been divinely created and uniquely called. But we mustn’t allow the pursuit of those dreams to fool us into thinking that’s all there is. There is far more joy to a dream than simply its moment of realization.

Remember. It’s more about the story than the last page.

And the greatest stories show up right in the middle of the mess.

What lessons have you learned from the achieving—and reaching—of a dream?