The Worth No One Can Take Away 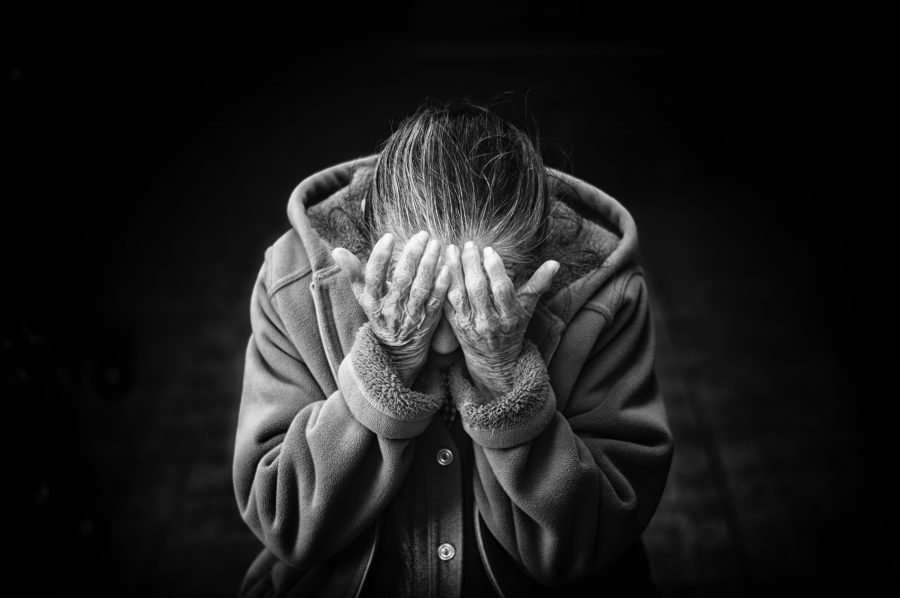 I was twenty-something years old. Perhaps that fact alone bought my silence. I was old enough to know better, big enough to enforce a “no.” Instead, I didn’t know I had any options. Doubted I was worth it. Thus, I stayed silent. After all, he never touched me. And he dressed his words with just enough power and deception to make me wonder if I was the one in the wrong.

The dismantling of my confidence took minutes.

For weeks I’d been negotiating a contract between our company, a customer and a vendor. It was a huge deal, my biggest to date, requiring missed lunches and extended hours. I didn’t mind, because I loved my job. And, as a young single mama, I desperately needed the commission.

However, the closer I came to closing the deal, the more the {married} vendor started crossing lines. Friendliness turned to flirtation. Flirtation turned to near-constant phone calls. And our conversations morphed into something centered less around our immediate business dealings and more around his personal appetites and how I could satisfy them.

Uncomfortable, I stopped picking up the phone, limited our interactions, talked in short, clipped tones while still trying to do my job and close the deal.

Then one day the boss made his way to my cubicle. Not my boss, but THE boss. The big guy in charge. At six-foot-five, he towered over my desk and invited me to follow him out of our office and into the building’s expansive foyer for a quick chat. It didn’t occur to me to question his motives or say “no, thank you.” He was an executive, in charge of dozens of people and millions of dollars. I was a young and up-and-coming sales rep. It wasn’t until we were alone that I knew I was in danger:

Simply, he said I needed to do whatever it took to close the deal. Whatever it took. Two-million dollars sat on the table, and if the vendor required something from me in order to make it happen, I was to give it to him. No questions asked.

His eyes bore into mine, making sure I received his message. I did.

Now, years later, I’m able to call it what it was—sexual harassment. At the time, however, my young and confused self hid in the conference room and wept. I was a failure, a weak and incompetent woman who didn’t know how to hold her own in the workplace. Besides, didn’t I bring it on myself? Wasn’t I too friendly, opening myself up to those kind of liberties?

It’s been two decades since that incident. I’ve not really talked about it until now, haven’t felt the need to. Until the last week as I’ve watched the unfolding news stories and watched the #metoo threads on social media. The truth is I always felt a slithering shame and culpability whenever the memory popped up. Besides, I know many who have suffered far worse treatment. Does mine really matter?

Historically, I’ve resisted anything that that sniffs of faddish campaigns or glorified victimization. These situations are serious and require more than flippant social media posts that are sometimes shared as much for the attention they gain as the truth they disclose. I’ve played that game myself, albeit without intent, and try diligently to avoid it. I don’t want to see myself a victim; I see myself an overcomer.

Even so, I no longer believe it’s wisdom to be dismissive or silent about gross abuses like these, especially ones that so deeply compromise a man or woman’s sense of boundaries and personal dignity. Perhaps this is a result of my growing confidence and security in who I am, who God has created me to be. But I suspect it’s more the result of my fairly recent role as a mama of girls. I don’t want them to end up weeping in a lonely conference room because they didn’t know they were worth more.

So to my sweet girls who don’t yet fully know the dangers that await them, and to the scores of women and men who have found themselves publicly (or privately) whispering #metoo this week, these are the truths I would tell the twenty-something me, the one crying alone in the conference room.

And these are the words my heart wants YOU to hear, too.

[reminder]If you could go back in time and talk to your younger self, what would you tell her (or him)? [/reminder]