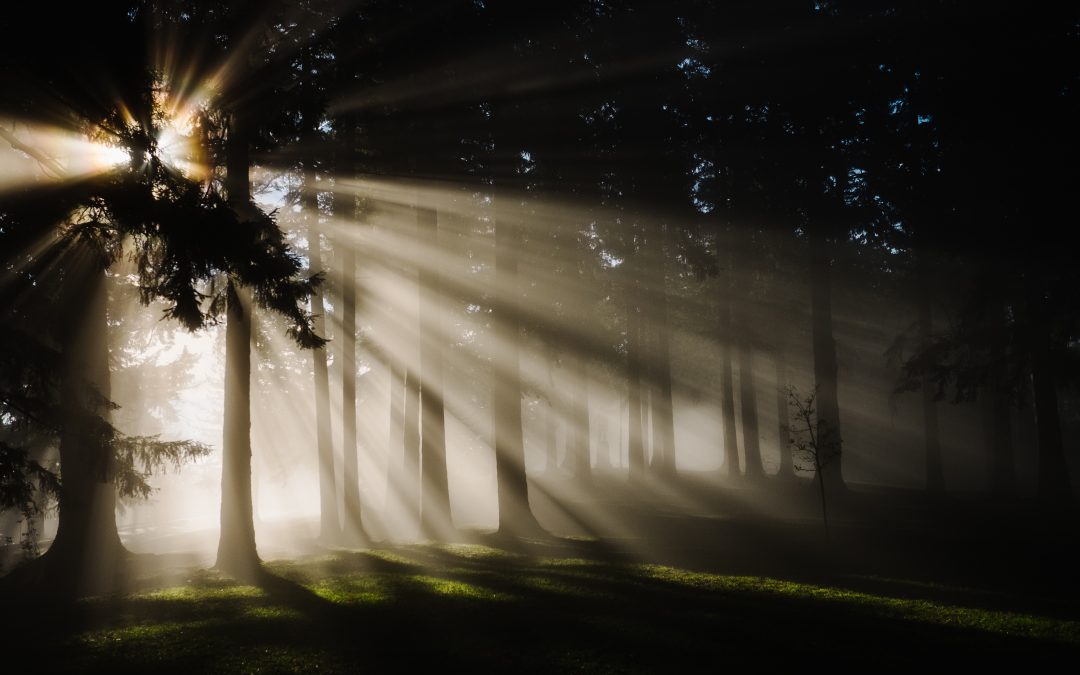 I’ve thought about him a lot this week, in spite of the two thousand years that separate us. We have similar stories, I guess you could say. The unexpected illness. The brush with death. The risen life on the other side. There is only one stark difference: Lazarus died. I didn’t.

His wasn’t a momentary death, a stopped heartbeat followed by a quick resuscitation. Instead, Lazarus spent a solid four days dead. A long weekend, you could say. Long enough to jump on a plane and get a decent tan on an exotic beach.

Then, Jesus came. Late, but he came all the same. Standing outside of Lazarus’ tomb, He mourned, the writer John says. And then He commanded:

I’ve been wondering what it was like for Lazarus, to be shrouded in the dark, blanketed in four days of death. And then, to hear a voice. The Voice. The one he recognized. The one he couldn’t refuse.

Then, like the rush of a wind strong enough to lift dead weight, Lazarus feels his body fill with life. First, his ears, tingling. Then, eyes blink open and start to see. Fingers and toes start to move. Electricity spreads up legs and arms, through shoulders, circling around his neck. The rush thrills him, terrifies him.

So Lazarus sits, puts his feet to the floor, and obeys.

This is the moment I’ve been thinking of, the moment I can’t seem to shake. Lazarus leaves the dark behind and emerges into the afternoon light.

I picture him squinting, shocked by the intensity, taking a moment to adjust his eyes. Taking in all the friends and strangers gathered on the hillside, still in shock from the miracle. Waiting for someone to step close and help to take off the grave clothes that still bound him.

What happened after those moments? When his eyes became accustomed to the light and the people stopped their gawking? When he exchanged his grave clothes for everyday clothes? When he kissed his family, ate his dinner, crawled into his bed.

He’d been four-days dead, but was now alive. A reality not easily swallowed. Eventually, somehow, the friends and strangers returned to their ordinary life.

But I doubt Lazarus could do the same.

A dance with death changes a man. A woman. And although the body may yet be alive, the one that walks out is no longer the one that walked in. Lazarus now lived a risen life, a life lost and re-found.

The Bible doesn’t give details about Lazarus’ life in the years after his death. We don’t know how the experience impacted him, what he discussed with his therapist, the words he recorded in his journal. We don’t have a window into his thought process, spiritual questions, or the lasting emotional impact, both good and bad. But I can’t help but believe that Lazarus wasn’t the same man anymore. And that perhaps the transition jarred him a bit, as it has me.

It’s now been four days since Easter Sunday. Four days since we celebrated The Resurrection, a day when death was conquered, once and for all. It was a glorious day, filled with hope and good news and joy in the gift of life.

But living the Risen Life is more than a single day in the calendar year. It’s choosing to live risen every day before and after, even the hard ones.

Like Lazarus, we’ve all had our brush with death, a moment or two when the light was eclipsed by a terrible dark. We know what it’s like to feel the breath squeezed out of us by hard relationships, tough circumstances, unexpected events. And although we might push through to the other side, it often takes us more than a minute to adjust our eyes from dark to the light.

In fact, many of us find ourselves struggling to leave the dark at all.

The reality of our mortality, our fragility and the brokenness of this world make it hard to focus on anything except what is yet dead wrong.

But to live the Risen Life is to choose to walk out of our tombs, day after day, because we hear The One Voice that matters far more than all the others.

To live the Risen Life is to daily push back the dark and live in the light.

To live the Risen Life is to mourn our losses, but not be bound by them.

To live the Risen Life is to acknowledge our grave clothes, but never stop loosing them.

To live the Risen Life is to engage with what’s right in front of us, rather than what was or may yet be.

To live the Risen Life is to choose the sharp light of relationship over the safety of isolation.

Even if we don’t always understand or appreciate the new life we’ve been given.

We mustn’t forget: There’s more than One person who was raised from the dead on Easter Sunday. I was. And you were, too.

Time to fling off the grave clothes, friends. It’s time to abandon the dark for the presence of the light. Time to loose ourselves from the past and present circumstances that bind us. Time to listen to The Voice that calls us, even if it means walking into a crowd of gawking strangers.

The Risen Life isn’t an easier life, not at all. But it’s a miracle just the same. And I, for one, don’t want to miss it.