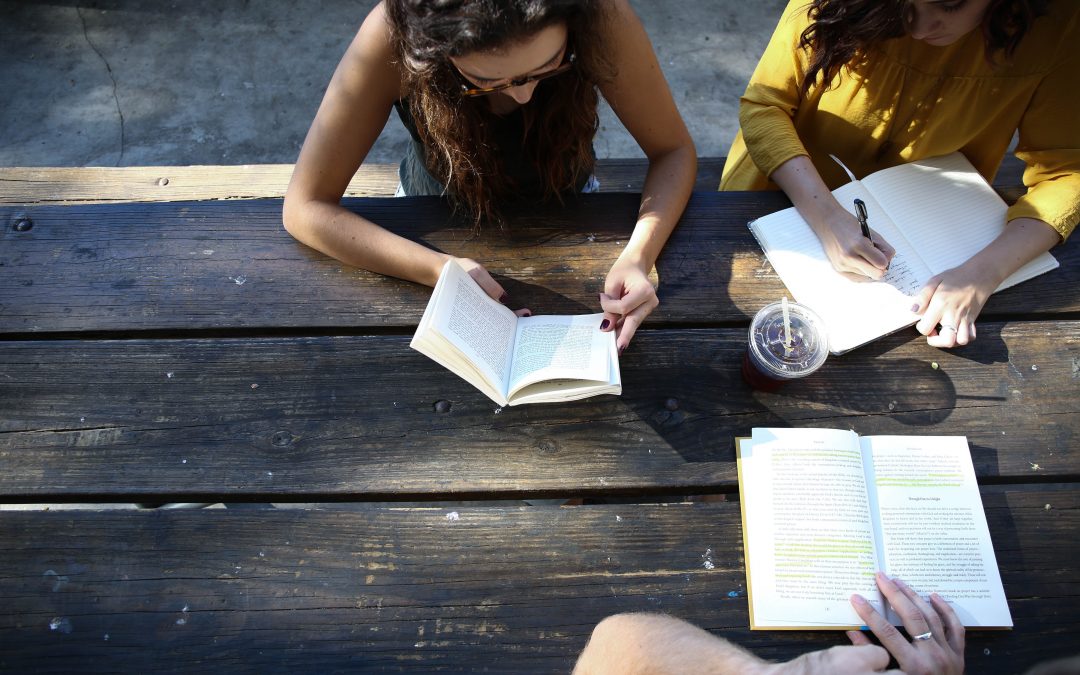 She asked me the question during a coaching call. Her coaching call. She’s a leader, responsible for speaking into the lives of thousands of other women. I was supposed to be asking her the questions. Instead, she turned the tables and put me in the hot seat:

Where do you see yourself in five years? What do you want to be doing then?

It’s a great question, one I’ve asked in coaching calls for years. It’s about vision, goals, and being intentional about the direction you’re headed and what needs to happen to get there.

Problem is, I struggle with thinking beyond a year, maybe two. That’s what happens when you’ve had cancer three times, when living a long, full life is no longer assumed.

I told her as much, then forced myself to wrestle with the question. It’s too important to ignore:

If God, in mercy, allows me five more years, what do I want to be doing?

It took me a minute or two, but then I knew:

Exactly what I’m already doing. Mentoring men and women of faith who want to live and lead well, exactly where they are. Especially the hard places.

But there’s one small difference I didn’t realize until that moment:

I want to mentor Christian women leaders most of all.

Why? That requires a short trip back in time.

Church, however, was a different story. We came from a faith tradition that believed pastors, elders and deacons were roles filled by men. Women couldn’t serve communion or preach the sermon. Women led women’s bible studies, rocked babies in the nursery, and played the piano or sang in the choir. But they weren’t preachers or teachers or up-front leaders.

Don’t misunderstand: I wasn’t unhappy or discontent. Nor did I feel mistreated for the fact that I was female. It was simply the way it was.

But then I grew up. And as I dug deep into my own study of the Bible, my sense of calling intensified, both in ministry and the marketplace. I started writing books, consulting with larger organizations, and receiving more speaking invitations—most to events including both men and women. And, on numerous occasions, I was asked to be the “guest preacher” for a Sunday morning church service.

Yes, I really asked the question. And I was pretty sure the answer was “no.”

All of this forced me to wrestle with long-held assumptions about a woman’s role in ministry. But the biggest challenge wasn’t my internal belief system, although admittedly that was challenge enough.

My biggest challenge was the mentoring gap.

You see, when you grow up in a faith tradition that believes boys are the church’s next generation of leaders, you not only miss out on important mentoring and leadership development, you don’t even know you need it.

Or are allowed to want it.

Because I never saw myself as a leader, never knew my gifts mattered equally in God’s work, I didn’t make it a priority to develop leadership skills and muscles. Things like how to navigate difficult conversations, how to speak up, listen and negotiate, how to create a collaborative culture of growth, how to set and respect boundaries, how and when to be assertive, how to engage in healthy conflict.

Thus began years of gulping down leadership resources as quickly as possible. Years of asking questions of every leader I interacted with. Years of jumping into any and every mentoring opportunity offered. Thankfully, several men and women generously invested in me—I had some serious catching up to do.

This is why, five years from now, I hope I’m still investing in women of faith who want to lead well, exactly where they are—in the marketplace and in ministry.

Because I believe there’s an army of amazing women who have been called by God to make a difference in this generation. But the problem is many of them don’t know it yet. Or, if they know it, they aren’t sure what to do about it. Or if it’s even allowed.

This isn’t just their problem. It’s our problem. Because when we stifle any part of the community, we stifle all of it.

This is a different kind of blog post, I know. Not nice and tidy. It probably sparks more questions than provides answers. But, at the least, I hope it makes you a bit uncomfortable, and then prompts you to wrestle with any unchallenged assumptions.

My aim isn’t conflict or activism. Although both can be healthy. My aim is growth.

So here’s my question for you: What’s been your experience? Have you noticed the mentoring gap for Christian women in leadership? If so, what are you willing to do about it? Here are my suggestions:

(1). For Women: Don’t wait for someone to take the initiative to invest in you. Instead, invest in yourself. Take ownership of your growth process. Ask questions. Invite feedback. Listen and learn. And PRACTICE. That means taking risks and being willing to fail. Believe the bigness of the God who created you and called you. And lead wherever you are, with humility and courage. Then, encourage the women around you to do the same. It’s not a competition; it’s a mutual celebration.

(2). For Men: First, I have deep respect for you. My heart to mentor Christian women leaders is not aimed to diminish men. To diminish you is to diminish ourselves. Instead, when we esteem male and female leadership as co-laborers of the greatest mission, we all win, not least of which is the Gospel. That said, are you willing to help bridge the mentoring gap? Start by recognizing the leadership gifts in the women around you. Then, call it out and provide opportunities for them to exercise those gifts.

We need you. No, scratch that. We need each other.

NOTE: This week I’m wrapping up the Spring 2018 Inspired Life Mastermind, a five-month mentoring experience for Christian women leaders. But the next one starts in August, and I’d love for YOU to be there. If you’re ready to discover, develop and exercise your God-given gifts in every aspect of your work and life, join me for the Fall 2018 or Spring 2019 Inspired Life Mastermind. Let’s fill the mentoring gap, together.SaveSave