To Sleep In A Storm 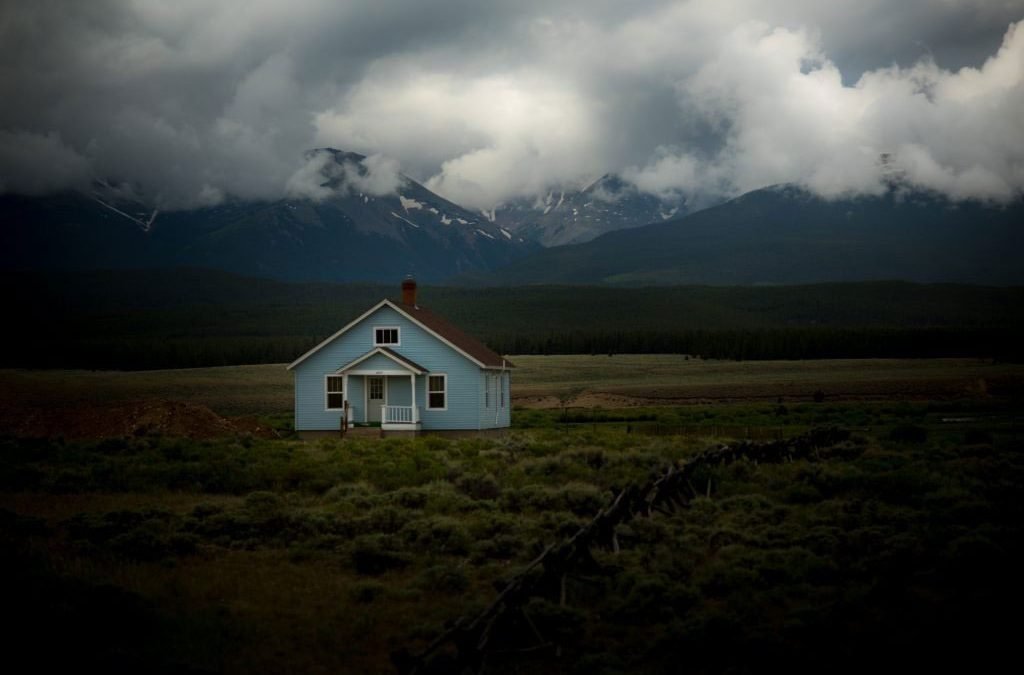 The day began with sunshine and warmth, no hint of the storm that would come. My children played outside with other pint-sized neighbors, carefree and happy. From my seat in my office, the sounds of laughter and make-believe filtered into my ears. Their joy sparked my own.

But then the sun set and the day came to a close. And with it the warmth and sunshine. Dark roiling clouds curled over the mountains to the west, galloping across the Colorado sky toward our front door. I knew what was coming, and the thought thrilled me. I love a good thunderstorm, and we certainly needed the rain.

Eyelids heavy, the kids brushed their teeth, crawled into bed, said prayers and “I love you’s.” Then, with a final “Goodnight, love,” we shut bedroom doors on another day.

Within minutes, the lightening began, then thunder. A fierce competition between two warriors determined to outdo the other. One moment electric light poured in through all the windows, followed too quickly by the angry booms of thunder’s reply. It was spectacular, full of unleashed power. The light blinded, the windows shook. And soon the sky birthed a downpour.

About that time, I heard another sound.

Was it the storm? A child? I couldn’t tell.

First a whimper, then a wail.

I dropped everything and headed upstairs. And while the storm raged outside, I tried to locate the one brewing inside.

My boy. He was terrified. When a flash of lightning illuminated his room, I saw him rigid in his bed, eyes round and white.

Certain the thunder and lightning were threatening his life, he gripped his bedcovers in terror. He couldn’t sleep, not a chance. From his pint-sized vantage point, his fear felt well-founded. These weatherly forces were bigger, stronger than him. And although a two-story house and two parents separated him from the storm, all he could see was everything that could go wrong.

Sitting at the side of his bed, I reached for him.

“Look at me, buddy. Look at my face.” It took him a moment to pull his eyes away from the storm to lock with mine.

He didn’t answer. I asked him again.

“Look at my face. Do I look afraid? Do you see any fear on my face?”

He shook his head.

“When I’m afraid, you can be afraid. But until then, I want you to keep your eyes on my face. And trust me. I’m not going to let anything happen to you.”

I smiled, proof of my surety.

He nodded, settled deeper into his bed.

A few moments later, I kissed his forehead, closed his door, turned off the hall light. Then I went to my girls’ rooms and repeated the same with them.

Within a handful of minutes, all were asleep.

And the storm moved on.

You see where I’m going with this, yes? The difference between savoring a storm and being petrified by it depends on where you choose to focus your eyes. When life unleashes its worst and scares you with its power, fear feels potent, real, well-founded. You see everything that can go wrong, all the valid reasons you have to be afraid.

But there is One who knows a thing or two about wicked-fierce storms. And although He’s aware of the risk of pain and trauma, He’s not afraid. Not at all. Because He knows there’s one unshakeable force standing between you and your storm.

My friend, I know this life can be terrifying at times. There are days you and I have good reason to be afraid. But don’t get so caught up in the lightning and thunder that you miss the One who is keeping watch through the night. Take a minute to turn away from the storm and look at His face.

Can you see Him? There is love in His eyes, tenderness in His face.

Does He look afraid? Does He seem in over His head, out of control, worried?

Nope, not a bit. Not even the tiniest shred of fear or discomfort. Instead, absolute confidence. Unwavering assurance. He knows how it’s all going to turn out. And He knows there is no storm big enough to snatch you out of His hand.

When He’s afraid, you and I can be afraid. But that isn’t going to happen. No howling storm is stronger than His Hold.

Eyes on His face, my friend. Not on the weather, not the ferocity and the intensity and all the what-ifs. Instead, trust Him. He’s got you. And sleep.

For I am convinced that neither death nor life, neither angels nor demons, neither the present nor the future, nor any powers, neither height nor depth, nor anything else in all creation, will be able to separate us from the love of God that is in Christ Jesus our Lord. –Romans 8:38-39

What storm is gripping your attention right now? And what is ONE thing you can do to turn your eyes from the fear to His face? You’re not alone, not even close.