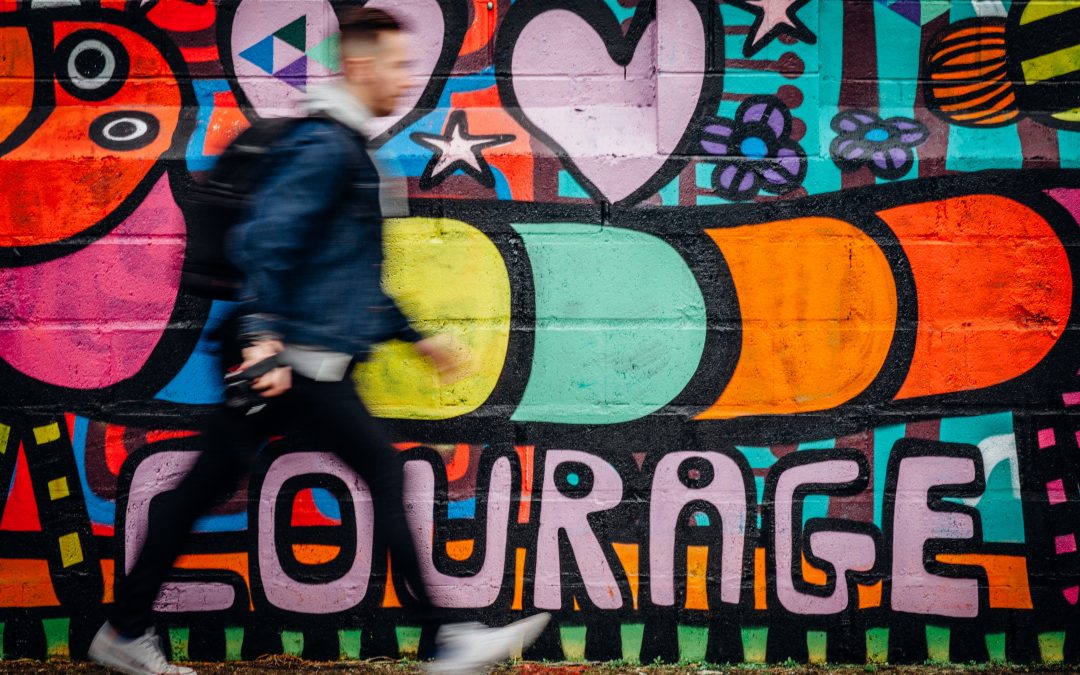 At least eight years ago, in a rare moment of courage, I made a list. I still carry it around in my purse, a three-by-five index card, hot pink, frayed around the edges, with a few simple lines of text under an audacious heading:

Underneath, I wrote down my professional dreams, a list of five goals my heart wanted to accomplish but my brain assumed sat out of reach. Goals like securing a multi-book contract with a publishing company, being booked to speak at a major conference, and making $23,000 per year as an author and speaker. Why 23K? I have no idea. Except it was double what I made as a piano teacher at the time. And it seemed an impossible amount.

Silly, maybe. But these were dreams. That’s all. Those things we imagine in our spare time, even if we don’t need them to come true in order to be happy.

My pink index card is now worn thin like a stuffed animal carried around for too long. I looked at it again today and felt overcome by how much has happened since I made it. I’ve spoken at conferences I never dreamed I’d attend. I’ve published three books and will soon write a fourth. And I now make enough income as an author and speaker to help provide for the ongoing needs of my six children and family.

I still pinch myself and shake my head in disbelief. It’s all Grace, I know this.

Even so, one goal remains elusive. I’ve considered crossing it off my hot pink card; it’s not even a stretch goal anymore. Too much has happened.

Which brings me to the second part of the story.

Almost five years ago, I flew to Tennessee to spend two full days in a Nashville studio recording the audio book of Undone: A Story of Making Peace With An Unexpected Life. It was a last minute decision, made when we discovered cancer had come back for the third time. Two weeks later, a nine-hour surgery removed my tongue, lymph nodes, submandibular gland, and left me with a body and a soul deeply scarred. And a voice that would never be the same.

Then, when my second book released two years later (I Am: A 60-day Journey To Knowing Who You Are Because of Who He Is), my publisher opted to hire a professional to record the audio, someone with a “normal” voice. I understood. Who would buy an audio book read by a woman with a speech disability?

Now, in less than three months, my third book releases: Relentless: The Unshakeable Presence of a God Who Never Leaves. And once again, it’ time to record the audio book. This time, however, I decided to take a risk.

I told my publisher I wanted to read it myself.

Why hire someone else to read a book about faith and suffering when I’m the one who lived it? Why put a shiny finish on something that was written for people in pain? I want to show up, as I am, because I know that on the other side of these words will be men and women who are living their own suffering. They need to know they aren’t alone. And I wanted to read each hard-earned word with a voice that testifies to a God who redeems it all.

So today I traveled to Nashville. And for three days this week, I will read every word of Relentless, plus bonus content woven throughout that won’t appear anywhere else. It will be one of the hardest things I’ve ever done: physically, emotionally, spiritually. I’ve been crying for two days straight at the thought of it.

Why? Because there is far more at stake than a pink card with a few pipe dreams.

It’s called faith. Yours. And Mine.

So do something for me this week, will you?

First, pray. Pray for my strength, stamina, and pain. I have no idea how I will physically do this thing. And yet I know it is precisely what I need to do. But also pray for those who may one day hear these words, for those whose faith hangs in the balance. Ask God to use these broken words to remind them that He loves them more than they know.

Second, consider what part of your life demands real courage. What are you shying away from because it feels too impossible, too hard, too vulnerable? God never promised the American dream, never promised a life of ease and dreams comes true. He promised Himself. That means, as broken and battered as you may feel, He is with you. And He is able to do so much more than you could possibly imagine.

So have courage. Trust Him. And watch Him give you grace enough to get through.

That is its own reward.

Is there something you’re afraid of, backing down from, something that God might want you to trust Him with? Real life requires real courage. But the good news is you don’t have to do it alone.