The Reason We Dance 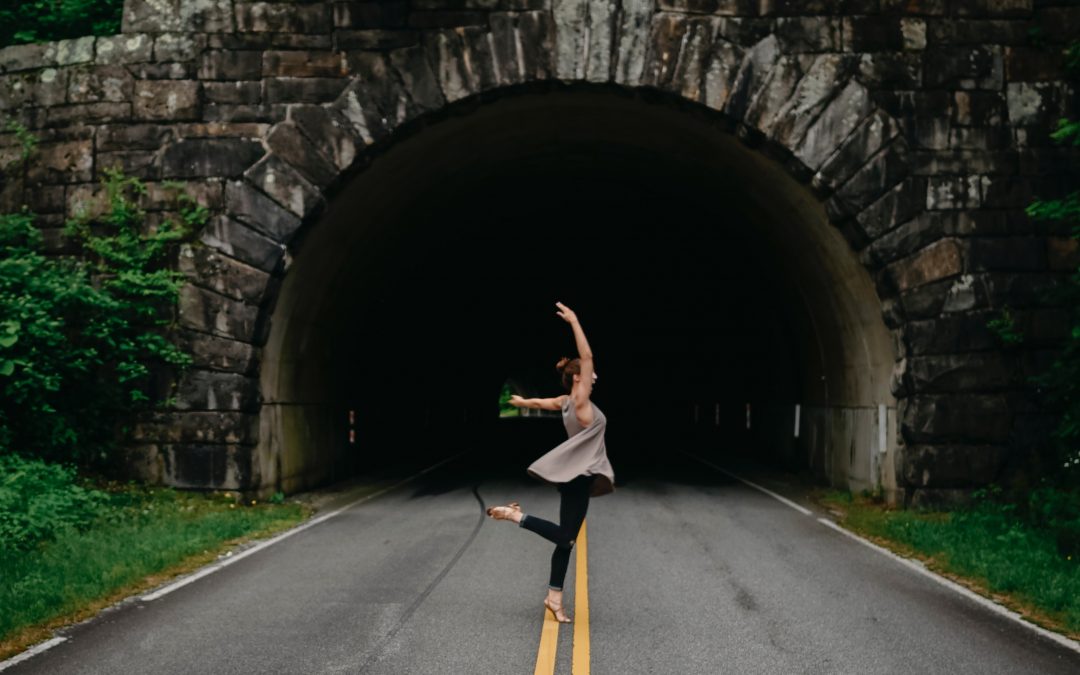 He approached me at my book table after a speaking engagement. A young guy, maybe mid-thirties, clean-cut and professional. He stood in line behind a half-dozen others. When he made it to the front, I threw out my hand and smiled.

He must’ve offered his name, but I don’t remember it. I only remember what he said next.

An apology? I couldn’t imagine what for.

He nodded. “Yes. An apology. When you stepped on stage and started to speak, the first thing I thought was, ‘Ugh. The last thing I want to do it sit here and listen to a woman with a lisp.’ I almost walked out.”

“But then you shared your story. And I’m sorry. This proves how selfish and short-sighted I can be.”

For the next several minutes we talked, shared a little real life in the church foyer. I thanked him for his honesty, told him it inspired me. Who of us hasn’t been guilty of a snap judgment? Within a few minutes, we said goodbye as new friends.

I listened to one of your podcasts, and I couldn’t help but notice—and be distracted by—your speaking lisp …

The email went on to give me well-intentioned advice on how I could—and should—do what I can to fix it. The writer had stumbled upon my podcast and quickly wrote to offer advice. Good intentions, no doubt.

Even so, not easy to hear. And my first impulse after these two back-to-back blows? To stop talking and hide.

As a whole, humans don’t like evidence of humanity. And we certainly don’t like it on public display. It makes us uncomfortable, the disabilities and diseases and mental illnesses and familial dysfunctions.

It’s easier to pull away or correct, rather than to draw close and love.

There’s a story in 2 Samuel 6 of a man named David. After years of hardship, persecution and wilderness living, he marched toward Jerusalem to assume a new role as king. However, he knew more than anyone how close to death he’d come. He didn’t take the day for granted. Thus, as he followed the Ark of the Covenant into Jerusalem, the Israelite’s evidence of God’s Presence, David danced.

However, as David danced, his wife, Michal, watched her husband’s theatrics from a window and “despised him in her heart.” (2 Samuel 6:16).

David was being ridiculous. Making a fool of himself. His dancing was distracting, annoying. To do it in private was one thing. But to make himself a public spectacle? She was mortified. So she confronted him, shamed him. And this is how David responded:

“It was before the LORD, who chose me …

I will celebrate before the LORD. I will become even more undignified than this, and I will be humiliated in my own eyes … “

In other words, I’m not dancing for you, Michal. I’m doing it for Him.

ONE, we all have a bit of Michal in us. We want people to behave well, to get their act together and keep their sins to themselves. We can be patient with problems for a day or week or month. But sooner or later, flawed people need to figure it out, clean themselves up, show some progress. In our Michal-moments, we have no patience for people who don’t play by the rules and pull themselves together. We’re far more concerned about preserving our own dignity than offering it.

And TWO, when faced with our humanity, we will be tempted to hide. To let our flaws and brokenness push us into dark, lonely corners. We will want to acts like kings and pretend we have it all together. We’ll spend an extraordinary amount of energy trying to preserve our dignity. After all, to tell the truth about where we’ve been, who we are, and how desperate we need rescue might risk humiliation.

But here’s the truth: I’m tired of playing that game.

I am a heart-wrecked, speech-flawed, sin-broken woman whose human body and pieced-together family show obvious evidence of wounds. I have zero dignity of my own.

However, because of Jesus, I carry the living and active presence God himself. He is my dignity, my glory, my worth. My wounds are covered by His, my disgrace transformed by His extravagant love.

That means I will dance, even if it makes the Michal’s of the world squirm. Because I don’t do it for them; I do it for Him.

How about you, my friend? Are you tired of the game? Don’t you think it’s high-time to dance? You’ve spent so many years trying to be good enough, strong enough, righteous enough. But you’ve forgotten: The Presence goes with you, behind and before. You don’t need to waste any more days trying to prove yourself worthy of love.

Your indignity is His glory.

And He already loves you.

Have you pre-ordered Relentless? Order before November 12, 2019 to receive $150 worth of bonus resources for FREE. All you need to do is: (1) Order the book!  (2) Enter your order number and email HERE. Boom! Tons of faith-rich resources sent directly to your inbox. Enjoy! 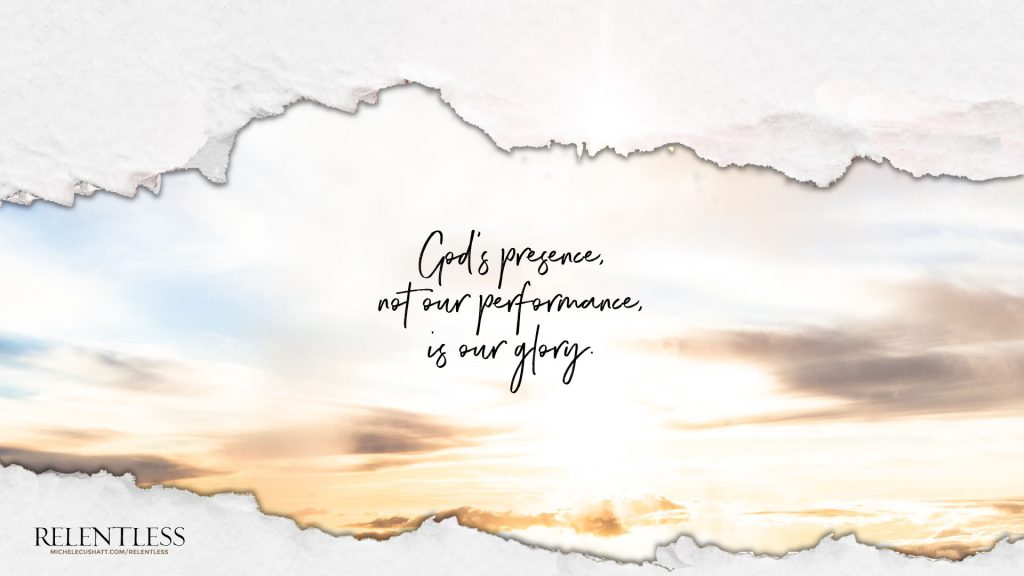